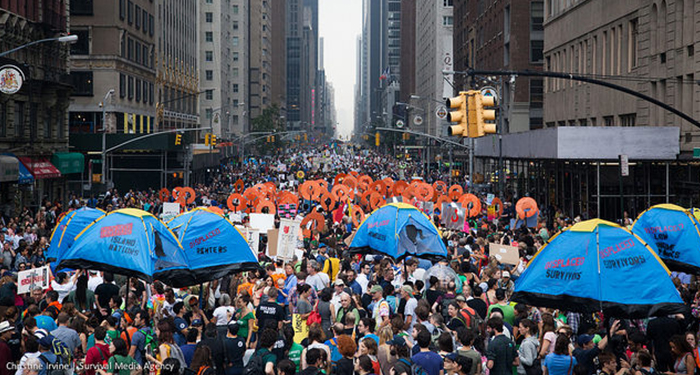 Attention to issues related to global climate change received a boost yesterday with estimates of 400,000 people marching alongside New York City’s Central Park. Democracy Now was there to provide a live-streaming broadcast of the event. Coming from all over the United States and various parts of the world, individuals and families gathered to express their love for Mother Earth and their concern for the long-term viability of humans to inhabit this planet.

Among the participants in the march was Sting, who Amy Goodman interviewed. Standing behind Sting is Great Cities Institute friend Michael Leon Guerrero, Executive Director, Grassroots Global Justice Alliance, which was one of the hundred plus organizations that helped organize the march. Among our many friends who attended was one of our staff, Margaret Catania. By all accounts, the march was inspiring and energizing.

The point was to call attention to the seriousness and the likely disastrous consequences of continued disruption of ecological systems brought on by the over use of fossil fuels. In March of 2014, The United Nations issued a report from The Intergovernmental Panel on Climate Change (IPCC) in which it emphatically states, “severe and pervasive impacts” will be “felt everywhere.”

The primary question now is how do we affect the cultural and political climate to force the changes that need to be made. The Montreal Protocol, which tackled the ozone layer, gave us a model that we can use to seek international cooperation to decrease the use of fossil fuels.

The Divestment Movement of the 1980s was successful in putting pressure on South Africa to stop apartheid and is now being used as a strategy by various student groups. The Rockefeller Foundation announced today that it would divest its holdings from companies that are tied to fossil fuels. This could be the start of something big. It will certainly call attention to what needs to be an international debate and action that comes from not only the U.S. but as well, other large and increasing users of fossil fuels.

This is an important issue of our day. Having so many young people express concern for their future may be the clarion call needed. 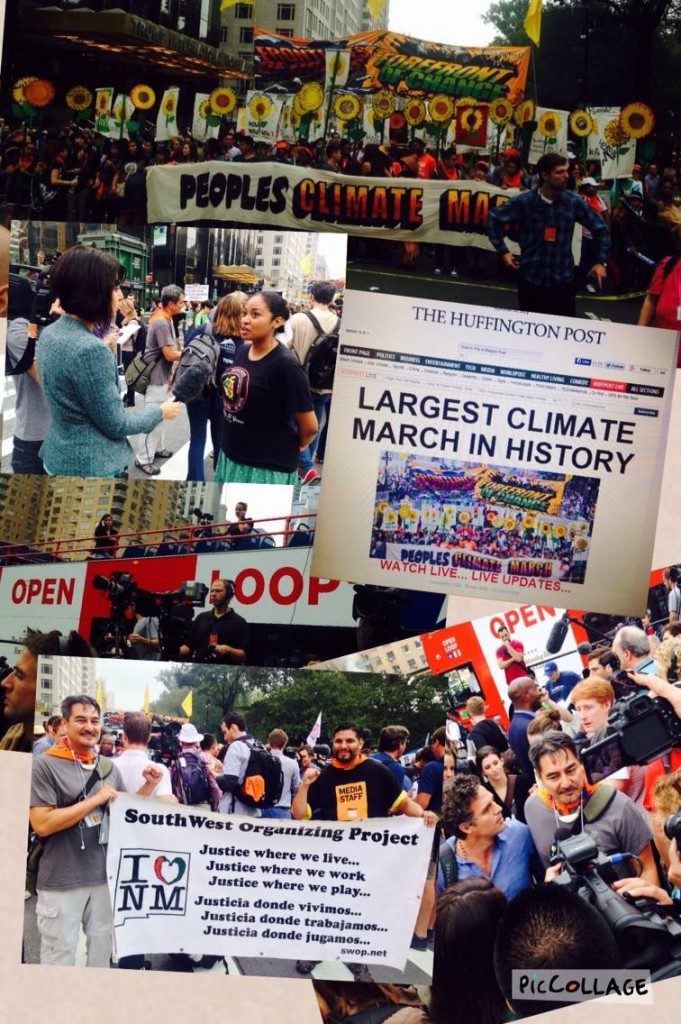 2 Responses to “Director’s Blog: People’s Climate March and the Importance of Activism”