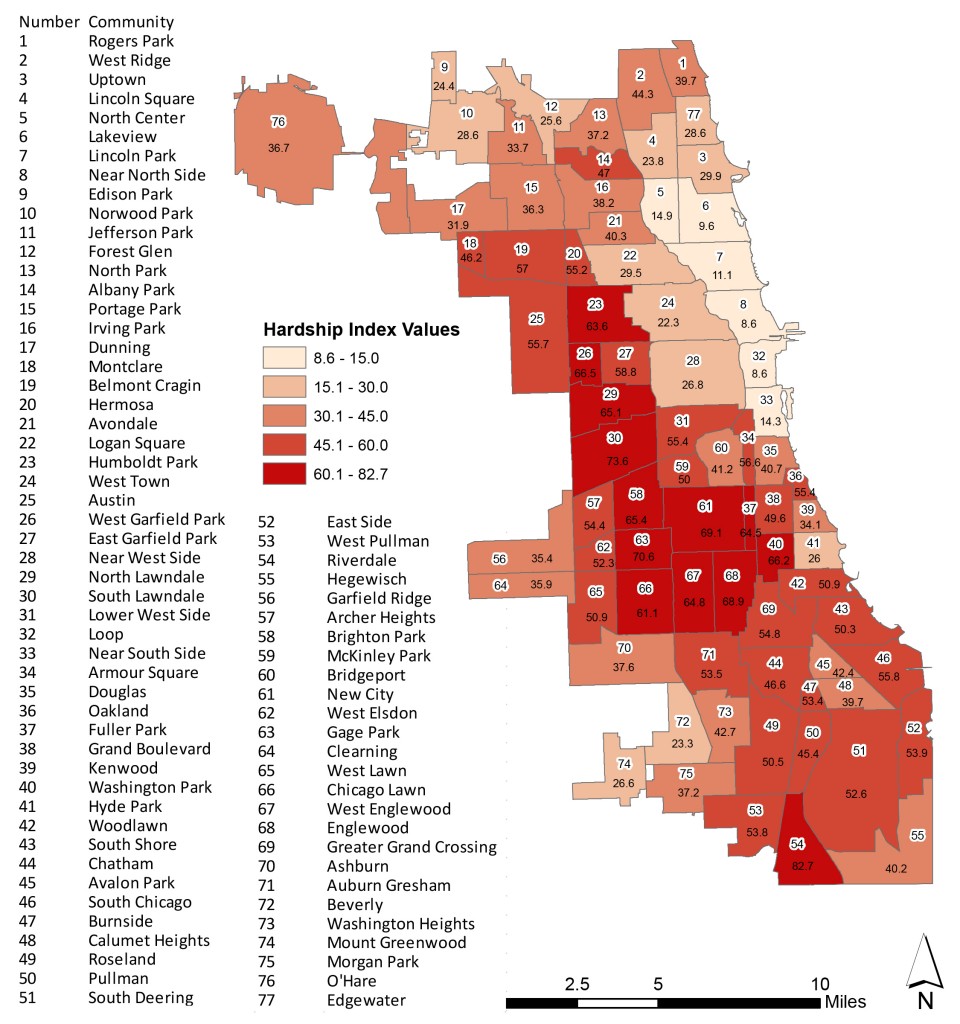 Racial segregation, concentrated poverty, and physical deterioration of neighborhoods continues to define conditions of inequality across Chicago neighborhoods. As economic restructuring has caused a hollowing of the middle-class, stagnant wages, and retrenchment of public spending, many Chicagoans are living in economic conditions far worse than in other parts of the city.

For the next fact sheet in the Great Cities Institute’s Fact Sheet Series, we applied an economic hardship index to Chicago Community Areas to further understand economic disparities across the city. The strength of such an index is in the multiple variables considered which provides a more comprehensive view of economic hardship than single indicators. Combining poverty, income, employment, education, living conditions, and population dependency variables we can understand a range of factors contributing to economic conditions and prospects for upward mobility. The six variables we used to calculate composite economic hardship in the fact sheet include:

The index was developed by Richard P. Nathan and Charles F. Adams Jr in 1976 and has since been applied to cities and regions throughout the U.S. by researchers and policymakers to measure economic hardship. This index has wide application across policy areas due to the interconnectedness of economic factors to overall quality of life. For example, in 2012, this particular index was used by the City of Chicago’s Department of Public Health to understand the neighborhood characteristics that impact health outcomes and behaviors.

It is our hope that this hardship index will contribute to the understanding of urban issues and provide our civic and community partners with information to improve the quality of life in Chicago.

Data highlights from the factsheet include:

Please stay tuned for our forthcoming report on economic hardship.