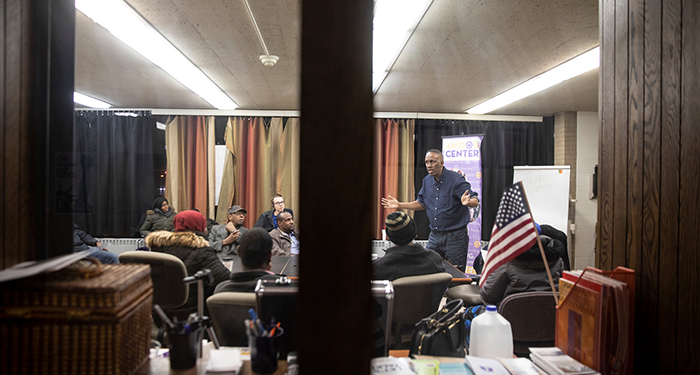 Abdirahman Muse, executive director of the Awood Center, led a meeting in Minneapolis last week of a group that has been discussing working conditions at local Amazon warehouses. Credit: Jenn Ackerman for The New York Times

Beth Gutelius, a senior research specialist with Great Cities Institute, is quoted in a New York Times article on Somali worker negotiations with Amazon in Minnesota. Gutelius’ research focuses on the automation of warehouses and the impact on workers in a changing labor market.

“Because there is such a density in that work force, at this stage in the game, Amazon would have a very difficult time replacing that many workers, particularly at this peak season,” said Beth Gutelius, a researcher at the University of Illinois at Chicago with a focus on warehouses.