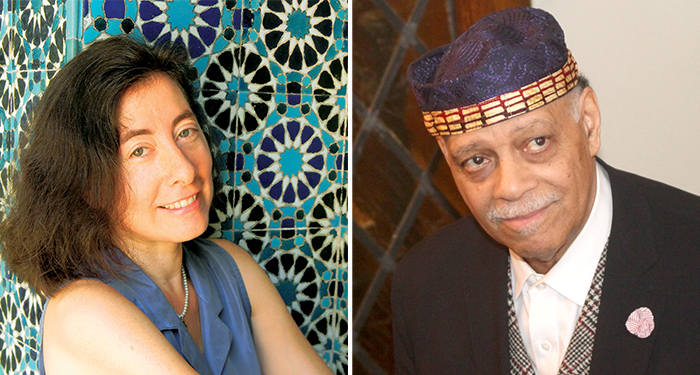 We hope that you can make it for one or both of our events on Wednesday, February 20th.  At noon, at Great Cities Institute, we will host Adina Hoffman and later in the evening, we will host Haki Madhubuti at the UIC Hull-House Museum.

UIC Jewish Studies, the Department of Urban Planning and Policy and GCI are hosting Adina Hoffman, essayist and biographer, who will speak about her newest book, Till We Have Built Jerusalem:  Architects of a New City.  Adina writes a number of essays and biographies on the Middle East from  “unusual angles,” “shedding light on overlooked dimensions of the place, its people, and their cultures.”  Among her books are the House of Windows: Portraits from a Jerusalem Neighborhood and My Happiness Bears No Relation to Happiness: A Poet’s Life in the Palestinian Century. We look forward to Adina’s visit and what promises to be a very interesting reflection on Jerusalem. Interviews with Adina can be found here.

We are also thrilled that Haki R.Madhubuti, an award-winning poet and one of the architects of the Black Arts Movement, will be joining us to celebrate the release of a very important book, The World is Watching published by Third World Foundation Press.  TWF Press, founded by Madhubuti in 1967 in a basement in the south side of Chicago, is the “oldest independent publisher of Black thought and literature in the country.” In 2017, the Press celebrated fifty years of publishing. One of its newest publications is featured at this special event on Wednesday, February 20th from 5:30 – 7:30 p.m., (followed by a reception) sponsored by the Great Cities Institute and UIC’s Hull-House Museum. Haki wrote the forward for the book and will be the featured speaker at the event.

We are excited to co-sponsor the release and book signing of this book of essays for several reasons. Edward “Buzz” and Alice Palmer – and their son, David Robinson – edited this book. We think it is pretty cool that a mom and dad and their son worked together on this project. The result was an interesting array of international perspectives on experiences with African Americans. Our director, Teresa Córdova wrote an essay in the book entitled, “Solidarity Revealed through Music.”  The book is described as follows:

Being Black in America is a journey and a quest for self-affirmation and alliance and place. Black Americans have refused to be acquiescent, and our cry, in the words of Maya Angelou, “And Still We Rise”, has left an indelible imprint at home and abroad. In The World is Watching, notable world figures talk about their personal experiences with African Americans and the impacts these experiences have had on them.

We hope that you can join us on Wednesday evening, February 20 and meet Professor Madhubuti.

Haki Madhubuti is an essayist, educator, founder and publisher of Third World Press and Third World Press Foundation. He is the author of over thirty books of poetry and nonfiction including YellowBlack: The First Twenty-One Years of a Poet’s Life; Liberation Narratives: New and Collected Poems 1967-2009; Honoring Genius, Gwendolyn Brooks: The Narrative of Craft, Art, Kindness and Justice; the best-selling Black Men: Obsolete, Single, Dangerous? The African American Family in Transition and Taking Bullets: Terrorism and Black Life in Twenty-First Century America. A long-time community activist and institution builder, Madhubuti is a co-founder of the Institute of Positive Education and the co-founder of three schools in Chicago. He retired in 2011 after a distinguished teaching career of 42 years that included Columbia College, Cornell University, Howard University, the University of Iowa, Chicago State University and DePaul University, where he served as the Ida B. Wells-Barnett University Professor. Madhubuti is a co-editor of Not Our President: News Directions from the Pushed Out, the Others, and the Clear Majority in Trump’s Stolen America (2017). In September-October of 2017, Third World Press Foundation celebrated 50 years of book publishing.