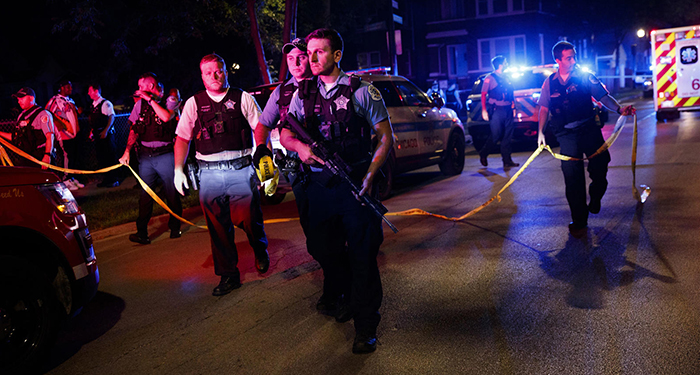 A Chicago Tribune op-ed on how Chicago Mayor-elect Lori Lightfoot can address violence in Chicago cites the UIC Great Cities Institute’s earlier report (and corresponding Chicago Reporter column from the report’s authors) on the changing nature of gangs in the city and the need for policies and policymakers to adjust.

I love this city and will forever be committed to working for its betterment, yet I would be kidding myself if I said it didn’t sometimes feel like a war zone for so many of our young people, living in communities devastated by economic disenfranchisement. A Chicago Reporter analysis of a new study on gangs and violence from the University of Illinois at Chicago’s Great Cities Institute argues “Chicago needs a change in anti-violence strategies” because distressed communities, not gangs, drive violence in the city.

While mayors and their administrations turn over — as they should, per the democratic process — we need and deserve a holistic investment in this type of work that will transcend elected officials. By establishing an office of gun violence prevention under the office of the mayor, we can protect the longevity and effectiveness of the office. The funding for such an office would support not only essential staff personnel but also community-based programs, focused on areas with the highest risk for gun violence, to implement scientifically proven intervention and prevention strategies.

Full Story from the Chicago Tribune »