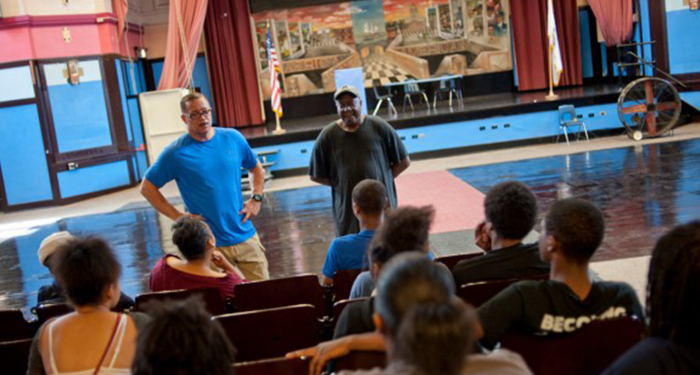 WBEZ Chicago highlights a new report released by Alternative Schools Network using data produced by UIC Great Cities Institute for out of school and out of work 16 to 24 year olds. The data shows 45% of black men in Chicago between the ages of 20 to 24 did not have a job and were not enrolled in school in 2017, about 9 percent higher than in 2016.

An increasing number of black young men in Chicago are out of work and out of school, according to a report being released on Friday.

The analysis of 2017 census data shows a whopping 45% of black men between the ages of 20 and 24 didn’t have a job and weren’t in school —  about 9 percentage points higher than in 2016. For younger black males ages 16 to 19, the out-of-work, out-of-school rate remained unchanged at 9%.

As it has for more than a decade, the Alternative Schools Network, an advocacy group for schools that re-enroll dropouts, commissioned the analysis, which was done by the University of Illinois at Chicago’s Great Cities Institute.