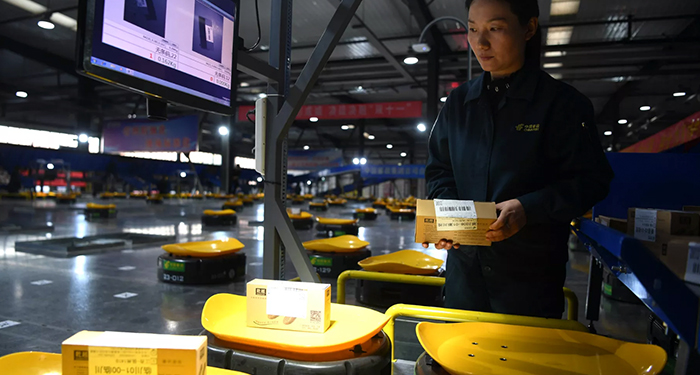 A new report from researchers at the University of Illinois at Chicago shows what the effects of technology on workers will really be. Visual China Group via Getty Images (Excerpted from Vox Media)

Recode, Vox Media’s technology news website, features a story about a new report from Beth Gutelius, associate director of the Center for Urban Economic Development and senior researcher at the Great Cities Institute at UIC, and Nik Theodore, director of the Center for Urban Economic Development, UIC professor of urban planning and policy, and fellow at the Great Cities Institute, that examines how technology will impact the warehouse industry and workforce over the next decade. The report, commissioned and released by the UC Berkeley Labor Center and Working Partnerships USA, says that rather than technology creating widespread job loss, it will lead to declining job quality in warehouses.

According to a new report by researchers at the University of Illinois that focused on warehouse work automation and was shared exclusively with Recode, emerging technologies aren’t actually going to replace the over 1 million warehouse workers in the US anytime soon. But over the next 10 years, the technology may make their lives harder.

The report shows how technologies are modifying the day-to-day work of people who organize, store, and package physical goods in warehouses. It found that technology and automation can help workers by reducing the “monotonous and physically strenuous activities” of, say, lifting heavy packages. But it also could affect workers’ health, safety, and morale, and accelerate the rate at which employees are replaced. That’s because tools like self-driving shelving carts, body sensors, and AI-powered management systems are putting pressure on workers to work harder, faster, and under more scrutiny. This is helping boost productivity but could be bad for workers, the report argues.

“The next decade is a story not about job loss, but more so about changes in job quality,” said Beth Gutelius, associate director of the Center for Urban Economic Development at the University of Illinois at Chicago, who authored the paper along with colleague Nik Theodore, a professor of urban planning and policy. “Technology has led to workers being pushed harder and also their privacy getting violated.”