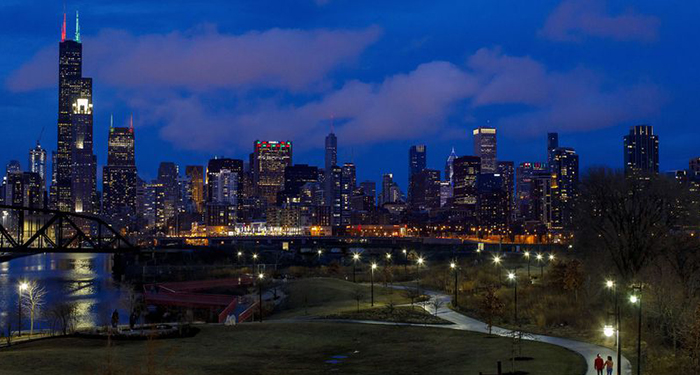 The Chicago skyline is seen from Ping Tom Park in Chinatown in 2019. (Brian Cassella / Chicago Tribune)

The Chicago Tribune published an op-ed from Chris Kanich, UIC professor of computer science; Dick Simpson, UIC professor of political science; and Kathleen Yang-Clayton, UIC clinical assistant professor of public administration and research fellow at the Great Cities Institute, who write about the process of the redistricting Chicago’s 50 wards and the need for it to reach a voter referendum to select a fair map that serves all communities.

In the upcoming months, the figures from the 2020 U.S. census will be released. Besides giving us a clear view of population trends in the neighborhoods of our city, this new census data will be used in the redistricting of Chicago into 50 wards of nearly equal population. This redistricting process is the most important political event of the decade, as it shapes the political fates of every alderman and also every community. Usually, the maps are made in the backrooms of the City Council and the state legislature with no public input. This year will be different.