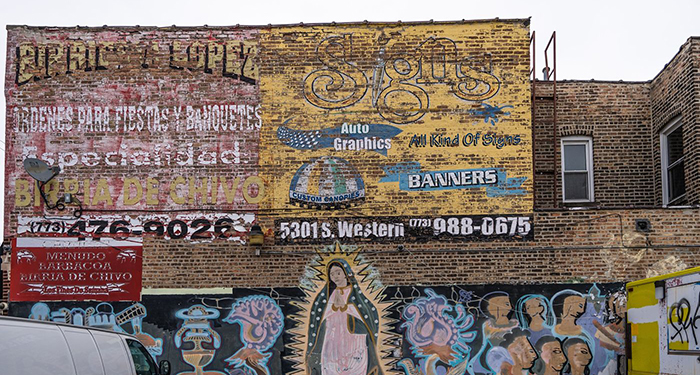 The Wall Street Journal interviews Teresa Cordova, director of the Great Cities Institute and professor of urban planning and policy at UIC, and Dick Simpson, UIC professor of political science, in a story about the ongoing battle over the remap of Chicago’s wards and Latinos gaining more clout as the city’s demographics have changed.

In the first half of the 20th century, hundreds of thousands of Black southerners came to Chicago, drawn by the city’s growing industrial base, said Teresa Córdova, director of the Great Cities Institute at the University of Illinois at Chicago, which tracks population trends in the city. When industrial jobs began drying up in the late 1970s and 1980s, Black residents started leaving for the suburbs or other places such as Atlanta or Texas, where job prospects were better, cutting their numbers by about a third between 1980 and 2015, she said.

As they departed, the already segregated neighborhoods they left behind lost key pillars of stability, exacerbating social problems like crime and drug abuse, leading to even more departures, Dr. Córdova said. The dismantling of the city’s public-housing complexes that began in the 1990s and a wave of school closures in 2013 also contributed to the declines.

Meanwhile, Latinos were coming to the city in large numbers and often taking low-paying service industry jobs with hopes of climbing the ladder in the U.S., she said.