Democracy’s Rebirth: The View from Chicago

What are the challenges confronting Americans in their struggle to build the United States as a multiracial, multiethnic nation? Dick Simpson, a long-time political activist and former Chicago alderman, uses the Windy City to examine how the political, racial, economic and social inequalities dividing us play out in our neighborhoods and cities. His new book “Democracy’s Rebirth: The View From Chicago” is a blueprint for repairing democracy in America.

Now a professor of political science at the University of Illinois at Chicago and a former president of Midland Authors, Simpson is an expert on Chicago politics, political reform and elections. He has published widely and affected public policy. He has built a 50-year career as a legislator, campaign strategist, government advisor and challenger of the status quo.

“Democracy’s Rebirth: The View From Chicago” helps illuminate both our past and our way forward toward a government and society that are more fair, equitable and effective for all its residents, and a successful future that we can all equally engage and benefit from.” – Lori Lightfoot, from her Foreword to the book. 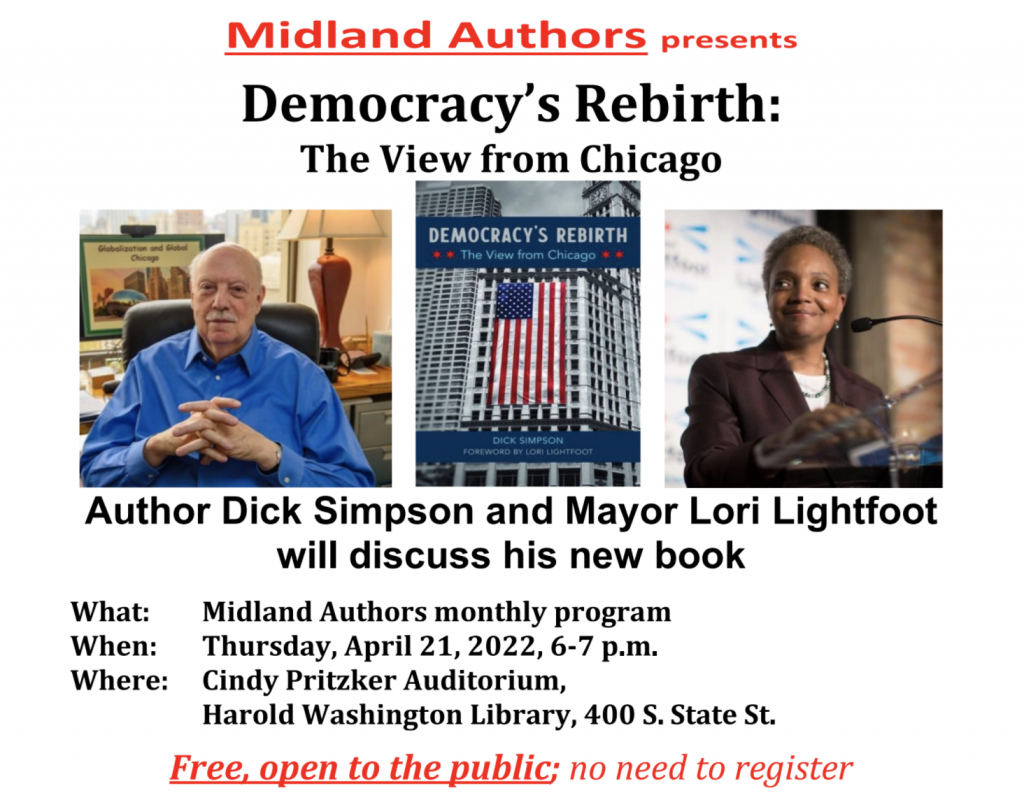