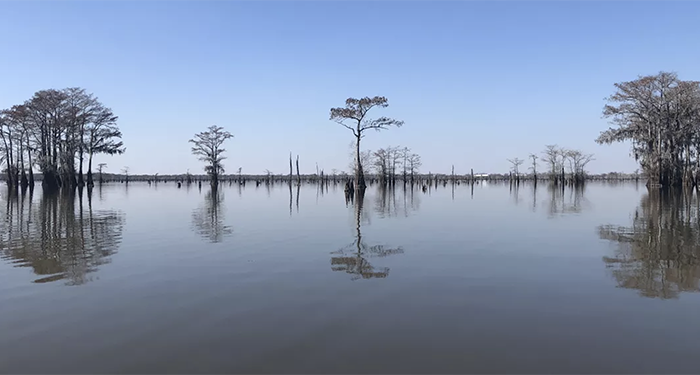 By following the course of rivers from Chicago to New Orleans, this conversation will address the issues of transformation of the urban environment in general, and of urban design and landscapes in particular. By placing her camera and her regard on the public spaces traversed by these rivers, Jennifer Buyck questions the urban transition by paying particular attention to the links between urban forms and forms of social life. By questioning the notion of public space from singular and often paradigmatic situations, Jennifer Buyck’s work aims to account for the possibility of ecological experiments in urban planning, while taking seriously the difficulties of the discipline to think them. Indeed, in the context of urban planning, a discipline intrinsically linked to action, both the status of the living and the way in which it is experienced appear problematic: the scale of the ecological and climatic crisis questions the preconceptions of the livable, and political ecology questions those of the planning design. Urban planning, in search of ecological and social justice, takes a break here, a freeze frame, to think itself into the field of environmental humanities. What does it mean, or could it mean, to open up the urban design to its ecological dimension?

Moderated by Professor Teresa Córdova at the University of Illinois Chicago with the participation of architects from Studio Gang and local climate activists followed by refreshments.

This event is part of Villa Albertine’s City/Cité conference series organized in partnership with the Great Cities Institute at the University of Illinois Chicago.

RSVP for the event here: https://villa-albertine.org/events/public-space-and-climate-change