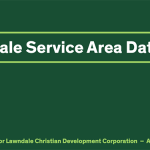 The information contained in this Databook makes it clear: diminished opportunities, both economic and educational, are having an adverse impact on the quality of life in North Lawndale and point to the need for substantial investments in the community.

This paper examines the issues embedded in both the comprehensive aspirations and neighborhood focus in approaches towards fighting poverty, campaigning for better conditions and providing education and social services to residents; this is done through exploration of a brief history of major initiatives, and the lessons and needs for the future suggested by that history.

Although urban tourism has been one of the important forces shaping cities during the past few decades, most studies on the transition from the industrial to the post-industrial city focus on the shift to financial and professional services.

However important the university may be to the city, the conditions and practices that make up the university - city relationship are not necessarily smooth or well understood. The purpose of this report is to contribute to this understanding.

The paper critically explores the potential for EAH programs to not only meet the needs of universities, but also contribute to the improvement of the communities that reside in “the shadows” of universities.

This essay identifies critical issues in financing city infrastructure and a realistic set of options available to policymakers.

Anthony Orum Professor, Department of Sociology University of Illinois at Chicago Abstract United States. As of the year, 2002, more than 32 million new residents, or approximately 11 per cent of the total population, had been added in this manner to the population of the United States (U.S. Census, February […]