The Great Cities Institute (GCI) at the University of Illinois at Chicago initiated its Great Cities, Great Rivers project in October 2014 as an initiative to highlight the importance of rivers to cities’ economies. GCI’s commitment to assisting Calumet River communities in the study area started with the development of the Commercial Avenue Revitalization Plan in the South Chicago community area beginning in November 2015. The plan, which was released in July 2016, captured the communities’ desire to revitalize their commercial corridors and address the decline that began with the closure of many industries along the river and Lake Michigan. Through the process of developing the Commercial Avenue Revitalization Plan, including engagement with several community organizations in the area, it became apparent that there was a need to facilitate coordination among local partners and address environmental and economic issues surrounding the nearby Calumet River. 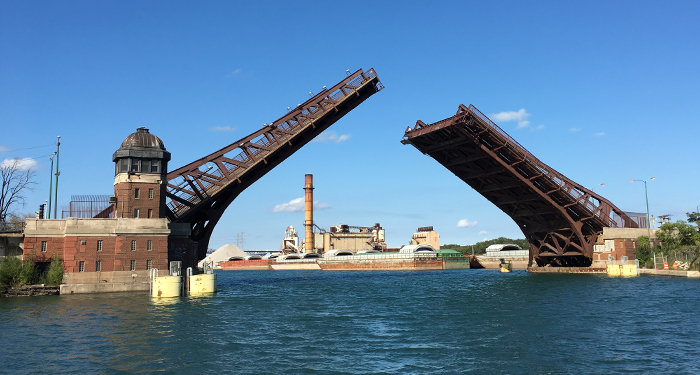 Recognizing the importance of the Calumet River and the Region, GCI saw the opportunity with the Our Great Rivers funding to bring together local community organizations to develop a strategy to address environmental and economic issues in the Calumet River communities. We appreciate the grant from the Chicago Community Trust that partially funded this document.

The river has historically divided the three community areas of South Chicago, East Side, and South Deering (see pages 4-5) that comprise the study area. This spatial divide has discouraged collaboration across the river, despite the similar environmental and economic impacts each community area has experienced from the industrial uses along the river. While this document focuses on three community areas in the corridor, many of the issues and community perspectives can extend to other areas, such as Hegewisch, Riverdale, and Calumet Heights, for which we provide demographic data in the appendix section. Collaboration among these three communities and others in the area could help prepare for future planning efforts within the area, including the industrial corridor modernization initiative planning process for the Calumet River industrial corridor, as well as ongoing efforts to improve the Illinois International Port District, which includes properties at the mouth of the Calumet River and at Lake Calumet to the west of the communities. 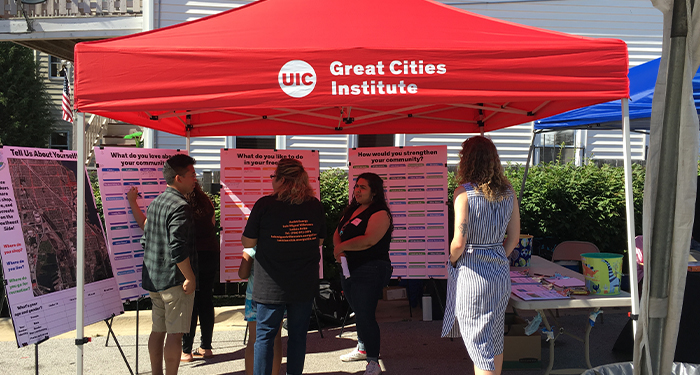 This document, Calumet River Communities Planning Framework – South Chicago, East Side, and South Deering: A Guide for Equitable Development, provides a framework for future planning efforts in Southeast Chicago and focuses on a study area adjacent to the Calumet River from its mouth at Lake Michigan (at approximately 89th Street) south to 106th Street (see Map 1). This study area encompasses portions of the South Chicago, East Side, and South Deering community areas. This document highlights the importance of the Calumet River to these communities and outlines the vision and perspectives that emerged from our community engagement processes:  the importance of public health and the environment, social equity, and economic development. We provide applicable principles for future planning processes and development in the community areas (see pages 49, 61, and 83) and broad community ideas that came out of the community engagement process to address identified issues (see pages 20-27).

We hope this document will serve as a resource guide for the communities and allow community organizations, elected officials, city agencies, and other contributors to the built and social environment of Southeast Chicago to better coordinate efforts and share resources to improve the quality of life for all residents.