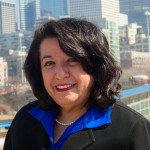 In Cook County, nearly a million people live in poverty, 18% of its population.[1]   For a family of four, the poverty line is $23,283 and for individuals under 65, it is $11,945. That isn’t a whole lot to live on, especially as prices of everything from food to transportation continue to rise. In the United States, 50 million people live under the poverty line and another 50 million plus live just above it. Fifty years after the War on Poverty, there are more poor people living in this country than ever. The number of children living in poverty is skyrocketing. If a household does not have enough money, how does that family make ends meet?  How can they ever get ahead?  Meanwhile, the rich are getting richer and the gap between the richest and the poorest is wider than it has ever been. When public and economic policies support increasing stock portfolios rather than job generation, this is the result. Yet even though poverty is so widespread and so devastating in its impacts, we rarely – although increasingly – hear about poverty. Politicians and policy makers shy away from the issues as those living in poverty suffer its consequences.

Great Cities Institute has initiated a series entitled, Poverty to Prosperity, to provide a forum for tackling the difficult issue of poverty and to force the conversation about what needs to be done, what policy shifts need to occur. This Thursday, April 24, we are hosting, along with a multitude of co-hosts (see flyer), a forum to discuss poverty and policies to address it. Bob Herbert, a former New York Times columnist and currently Distinguished Senior Fellow at Demos, will speak at 3:00 in room 605 at the University of Illinois Student Center East (Halsted and Polk). Joining Mr. Herbert on a panel after his presentation will be John Bouman, President of the Sargent Shriver National Center on Poverty Law; Will Burns, Alderman, City of Chicago 4th Ward; Sol Flores, Founding Executive Director, La Casa Norte; and Howard Tulman, CEO, 1871. With views from research centers, local government, community groups, and the private sector, we anticipate a substantive and lively discussion that points to solutions and overcoming obstacles.  Job creation is likely to be central to this conversation.

For a preview of Bob Herbert, check out this video. RSVP for the event here.