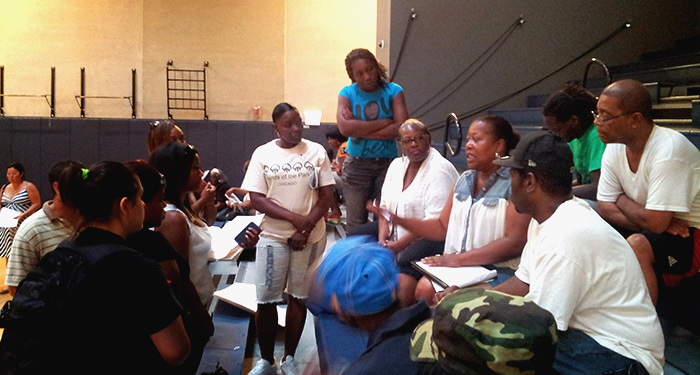 We’re excited to announce the 3rd International Conference on Participatory Budgeting in North America! The conference will take place from September 25-27, 2014 in Oakland and Vallejo, California. The program is in the process of being finalized and will include over over 25 sessions including presentations, panel discussions, and interactive workshops, as well as networking and social opportunities to maximize time for attendees to share, discuss, learn, and collaborate.

On Tuesday, July 1st GCI, Blocks Together, The Participatory Budgeting Project and Alderman Burnett launched the first participatory budgeting (PB) process with tax increment financing (TIF) dollars in the U.S. Over 70 residents from West Humboldt Park came to the neighborhood assembly to learn about PB, how TIFs work, and to brain storm ideas for how to spend $2 million dollars of the Chicago Central Park TIF funds. Resident ideas for projects included job training programs for adults and youth, pedestrian safety projects, park improvements, and much more. We’re excited to launch this historic process and look forward to sharing the best practices and lessons learned in the PB TIF Tool Kit that is being developed with generous support from the Institute for Research on Race and Public Policy.