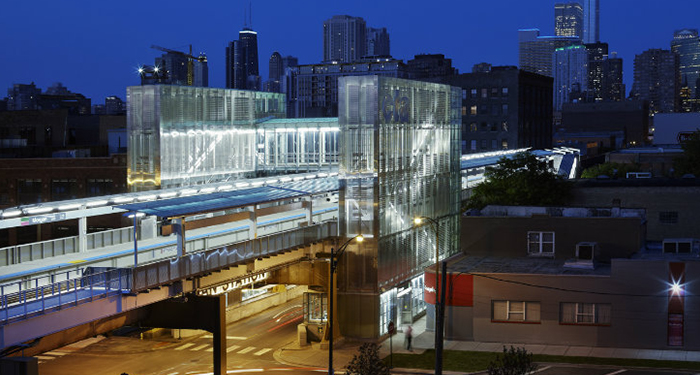 Globe St., a real estate website, interviewed Steve Schlickman, executive director of the Urban Transportation Center, about a recent UTC study that evaluated value capture as a means to finance transit improvements in several American cities. In value capture arrangements, developers help pay for transit improvements that will benefit their developments. Schlickman said that Chicago has made less use of value capture than it could, in part because of the tradition of aldermanic approval of developments.

But a research team from the University of Illinois at Chicago recently met with a group of private real estate developers in Chicago, and concluded that the city might not be doing all it can to capture the value created by transit projects, and to do so officials and CTA planners should better coordinate their planning efforts with the development community.

“They feel that they don’t get that information early enough and could certainly use it strategically,”Stephen Schlickman with the university’s Urban Transportation Center tells GlobeSt.com. The researchers looked at value capture methods in San Francisco, New York, and Washington, DC, and compared the results to transit projects in Chicago. Essentially, they found that the three other cities were more proactive in bringing developers into the process early, and in a meaningful way, and as a result had the most success at capturing the value created by improvements and then defraying the costs.

Schlickman cautions that it is difficult to make direct comparisons between the CTA and its counterparts in the other cities. “I don’t think CTA has had the opportunities that the other agencies have had.” The structure of Chicago’s government, for one thing, with its tiny aldermanic fiefdoms that have great influence on any redevelopment effort, can make planning a little more challenging. Still, the other cities’ efforts “are led by managers that have experience and/or training on both sides of the table,” meaning both transit and real estate development.