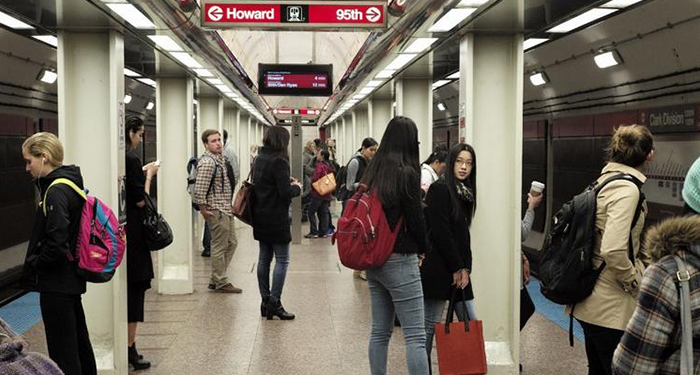 The Chicago Tribune’s Redeye edition interviewed Steve Schlickman, executive director of the Urban Transportation Center in the College of Urban Planning and Public Affairs, on the CTA’s challenges in 2016. Schlickman said the CTA has not had sufficient funding to maintain its aging system, yet needs to add capacity, particularly along the Red Line.

We all wish improvements and expansion of the CTA could be made overnight, but the reality is that some of those things can’t happen without spending some serious coin. The CTA just doesn’t have adequate state funds to invest in major expansions and improvements in 2016, said Stephen Schlickman, executive director of the Urban Transportation Center at University of Illinois at Chicago.

“The challenge that we face in Chicago is that we have one of the oldest transit rail systems in the country and we have not been maintaining it the way we could if we had sufficient funds for it,” Schlickman said.

“Investments like Loop Link are good, but in terms of major improvements like building a new rail line, we still don’t have the financial means to do that. The finances are really only sufficient enough to fund the renewal of existing services,” Schlickman added. “I do think the transit agencies are focused on spending the funding they have wisely and are doing a good job maintaining the system’s existing reliability.”

Schlickman said he thinks the CTA will continue to tackle and fix one of its biggest problems—the Red Line’s lack of capacity and aging infrastructure.