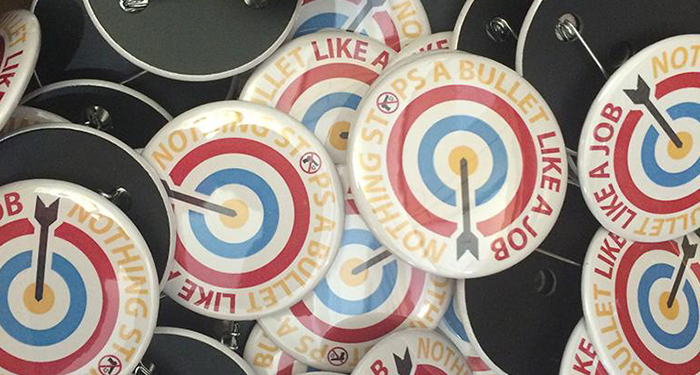 (The Following Blog is Excerpted – and slightly amended – from the Introduction and Conclusion of the March 22, 2016 GCI Report)

On February 10, 2016, The Cook County Board of Commissioners passed Resolution 16-1665. The Resolution (See Appendix A), sponsored by Cook County Commissioners Bridget Gainer, Richard R. Boykin, Robert Steele and Deborah Simms, called for a hearing before the Workforce, Housing and Community Development Committee, Chaired by Commissioner Gainer, to discuss findings of a January report by the Great Cities Institute and the crisis of youth unemployment.

The UIC Great Cities Institute (GCI) report, commissioned by the Alternative Schools Network and released at a hearing at the Chicago Urban League on January 25, 2016, notes that joblessness among young people in Chicago was chronic, concentrated and comparatively worse than in Illinois, the U.S. and both New York City and Los Angeles.  Since 2005, conditions have worsened. The GCI report concludes that “The result is a cycle, where the ‘permanent scars’ lead to conditions that are both a consequence and a precipitating factor that leads to further youth unemployment and parallel social conditions.” Through Resolution 16-1665, the Commission indicates its concern for the impacts of joblessness stating, “…joblessness leads to poverty, drug abuse, homelessness and violence in our communities” and quoting the GCI study adds, “the persistence and severity of these conditions have ramifications for our young people and generations to come.”

It is this “persistence and severity” of joblessness among young people that demands attention from policy makers to seek solutions. The Cook County resolution notes that since 2000, youth programs have been cut including national summer employment programs that have provided opportunities to at least 650,000 youth to build their job experience.  The resolution states, “A national focus and program must be developed, along with state and local based programs, to give youth of our country the opportunity and skills they will need to become successful adults in an economy growing more competitive each year.”

A hearing of Cook County Workforce, Housing and Community Development Committee was held March 22, 2016. As the Committee, under the leadership of Commissioner Gainer, makes way for discussions on strategies to address this rampant problem of joblessness among young people, the Great Cities Institute offered an additional report that presents data on Cook County.

This new report, A Lost Generation:  The Disappearance of Teens and Young Adults from the Job Market, by the Great Cities Institute at the University of Illinois at Chicago, was prepared for Commissioner Gainer and other members of the Committee: Commissioners Deborah Sims, Jeffrey R, Tobolski, Larry Suffredin, and Richard R. Boykin and released at the March 22, 2016 hearing.

This report prepared for the Cook County hearing contains analyses of various employment data (see Appendix A for definitions and Appendix B for data and methodology) for males and females 16 to 24 years old by race/ethnicity from 2005 to 2014, comparing Cook County, Illinois, the U.S. and in several instances, adding comparative data for counties containing the nation’s largest cities: Los Angeles, New York City, and Houston. Besides an array of figures and tables, the report contains GIS generated maps that illustrate the relationship between employment data and population distribution by race/ethnicity. The Executive Summary contains highlights of our findings.

The Great Cities Institute serves UIC’s urban mission to engage Chicago and its surrounding region by harnessing the power of research for solutions to today’s urban challenges. In that regard, we offered this report as a supplement to the voices of young people and as an aid to those policy makers and community and civic groups seeking solutions to this crisis of joblessness among young people – a crisis that reverberates into all facets of family, household and community life.

Conclusion:
This report, A Lost Generation:  The Disappearance of Teens and Young Adults from the Job Market in Cook County, brings attention to the disparities and devastations of joblessness among teens and young adults in Cook County.  The increasing disappearance of young people from the job market, however, is not across the board but most severely experienced by Blacks in Cook County, even in comparison to Blacks in Illinois, the U.S. and counties containing the nation’s largest cities. Whites (non-Hispanic or Latino) in Cook County (and to some extent Illinois), on the other hand, especially for 20-24 year olds, fare comparatively better with lower rates of joblessness and out of school and out of work figures. The disparities are also evidenced geographically with many areas of Cook County having exceedingly low rates of joblessness while others have exceedingly high rates.

As pointed out in the January 2016 report by Great Cities Institute, chronic and concentrated joblessness affect future wealth generating and employment opportunities and general states of wellbeing. “The result is a cycle, where the ‘permanent scars’ lead to conditions that are both a consequence and a precipitating factor that leads to further youth unemployment and parallel social conditions.”  “We cannot,” as Pope Francis speaking in Italy in 2014 said, “resign ourselves to losing a whole generation of young people who don’t have the strong dignity of work.” The data in this new report, again reminds us of the urgency for action and the connections between conditions of joblessness and other challenges facing young people.

While Latinos fare worse in New York than they do in Cook County, their jobless figures in Cook County are lower than Blacks but higher than Whites (non-Hispanic or Latino). It is quite likely, however, given a 1993 analysis by Betancur, Córdova, and Torres on “Economic Restructuring and the Process of Incorporation of Latinos into the Chicago Economy,” that Latinos comprise a population of “working poor.”  Further analyses of employment by occupation, industry and income will not only illuminate more about the Latino labor force in Cook County, but also provide further details on who is working where and for how much.  In the meantime, we know that joblessness is occurring in what we refer to as economically abandoned sectors of Cook County resulting from deindustrialization.

Why, we might ask, do these numbers persist?  In effect, what we are seeing today in these spatially concentrated jobless figures is the long-term impacts of forty years of economic decisions by portions of the private sector seeking to be more competitive in the global market place.  While changes in technology and consumer demands have also affected changes in which economic sectors are strongest, in some instances, national, state and local policies have aided these economic trends.  Regardless of our views on these policies, we can no longer ignore their impacts for those individuals who are unable to find work, in spite of their desire to do so.

Indeed, we do know that young people want to work.  Many young people carry financial responsibilities in their households and hold value in being able to reap the rewards of employment.  They also recognize the importance of a good job as an alternative to the streets, noting, “Jobs can solve violence. If you are busy working, you won’t have time for violence.”

The question now becomes, “where do we go from here?”  How can we reverse the trend of job disappearance?  While the scope of this report was to provide the numbers and therefore a jump off to discuss solutions, we offer some considerations for those discussions.

In its February 21st, 2016, lead editorial, the Sunday New York Times, called for Congressional action to address conditions of unemployment in “minority” communities.  Citing the Great Cities Institute report on joblessness among young people, the editorial goes on to express outrage that Congress has rejected programs that we know work and “that could help rescue a generation of young men from failure and oblivion.”

Specifically, the New York Times editorial references a component of the Recovery Act of 2009, an employment subsidy program that “created more than 260,000 temporary jobs.”  The non-profit, Economic Mobility Corporation, released an analysis in 2013 through which they concluded that this program, which placed workers largely in the private sector, not only aided local businesses that did the hiring, but also those who were hired, increasing their likelihood of finding permanent employment.

These promising results suggest that carefully targeted subsidies that place unemployed people into private-sector jobs can be a potent tool in reducing the devastating unemployment in minority areas of big cities where young people are disconnected from work and civic life.

As the Times points out, employment subsidy programs have been around since the 1930s. They suggest, however, that such programs should be created to place individuals in the private sector, including those who may have criminal records and need the opportunity to prove themselves as “motivated workers.”  “Carefully developed subsidy programs are worth pursuing even if they do not produce big earnings gains. Getting jobless young people into the world of work is valuable in itself.”

The Times Editorial is a call to congressional action but concludes that if Congress fails to act, then this is something that the states should fund.

The idea of employment subsidy programs to place workers in the private sector, as already evidenced, can yield results.  A subsidized employment program for public works, as we saw from the 1930s, could also put people to work, and at the same time, rebuild the decaying infrastructure in cities and states.

Summer employment for young people is also a worthy investment.  Besides the income that it brings, it is a gateway for further employment opportunities.

There are some sectors within the economy that are growing and provide livable wage jobs.  Training needs to be made more widely available to black and Latino teens and young adults and matches need to be made between these young people and those jobs. Obstacles that prevent access to that training or those jobs need to be removed, which must include criminal justice reform and changes in policies that prevent employment with a criminal record. Corporate, government, and union apprenticeships, internships and mentorships also provide avenues to more permanent employment opportunities.

Given the spatial concentrations of joblessness, strategies to increase employment also involve strategies that restore the economic vitality of neighborhoods and economically distressed suburbs.  Policies should be created that incentivize anchor employment centers that bring jobs back to areas where people will have access to them. This can be done in a way that people from these areas will benefit.

There are models of worker owned businesses that exist including worker owned cooperatives.  Is this a model that could be replicated, particularly in the neighborhood or small suburb?

Many such endeavors already exist.  An evaluation of what works and what doesn’t would be useful followed by a commitment of resources to continue and/or expand those efforts. In addition, we might ask, how would we scale up these strategies to meet the dimensions of the problem? This is a time for all of Cook County to pull its resources to address these conditions of joblessness.

Nonetheless, we know that forces of the globalized economy fuel these conditions.  How can Cook County promote the development of jobs that are not susceptible to global forces? There are models that we may want to consider. How does Germany for example hold on to jobs and keep employment at a high level?  What is it that needs to be done differently in Cook County to restore the dignity of work to its entire young people?