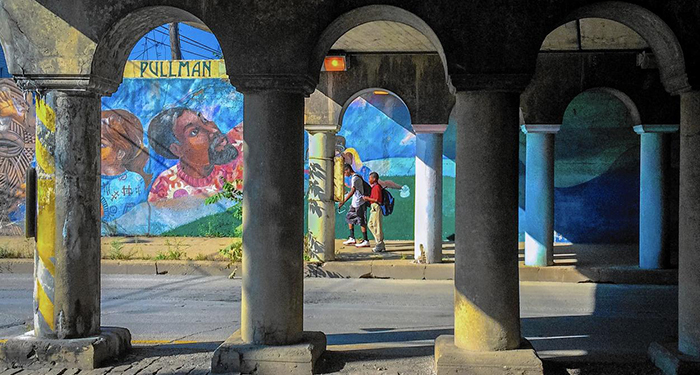 (Zbigniew Bzdak / Chicago Tribune)
Young men walk after school under a Metra viaduct at 113th Street in Chicago’s Pullman neighborhood in 2014. As violence has surged in some of the city’s neighborhoods, the issue of youth joblessness has taken on renewed urgency.

A new Great Cities Institute data report on youth employment was cited by the Chicago Tribune in an article on Chicago’s efforts to reduce youth unemployment.

Some data suggest youth unemployment could be worsening, even in neighborhoods like Bronzeville that are seeing new life and new jobs.

Between 2009 and 2014, when much of the country was recovering from the Great Recession, the employment rate among 20- to 24-year-olds fell by double digits in Bronzeville and several other neighborhoods mostly on the city’s South and West sides, according to data analyzed for the Tribune by the University of Illinois at Chicago‘s Great Cities Institute.