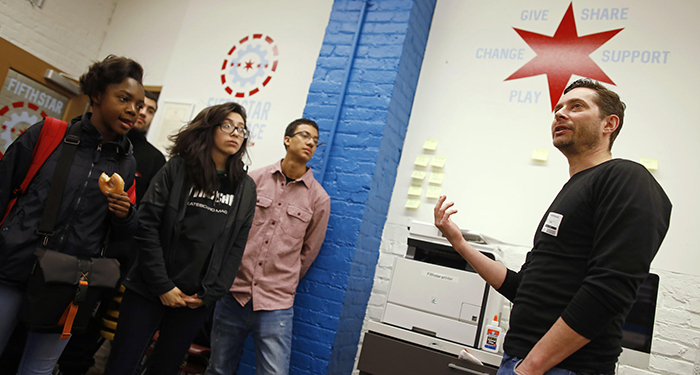 Findings from a UIC Great Cities Institute report on youth joblessness in Chicago are cited in a Chicago Tribune article about Yolobe, is a new social media app that features jobs and training opportunities for teens.

Only about 40 percent of CPS graduates go to a four-year college — and just less than half of those in college graduate within six years — so many seek employment or other training.

But employment prospects for Chicago youth have been bleak. Among CPS graduates with the lowest qualifications, 37 percent were neither working nor in college in the fall after high school graduation, according to a 2013 report from the University of Chicago’s Consortium on School Research.

Unemployment is particularly stubborn among black youth living in highly segregated communities on the South and West sides that also have been the scene of much of Chicago’s violence.

Among black youth, 13 percent of 16- to 19-year-olds and 39 percent of 20- to 24-year-olds were not working and not going to school in 2015; that compared with 9 percent of teens and 22 percent of early 20-somethings in the city overall, according to a report released last month by the Great Cities Institute at the University of Illinois at Chicago.