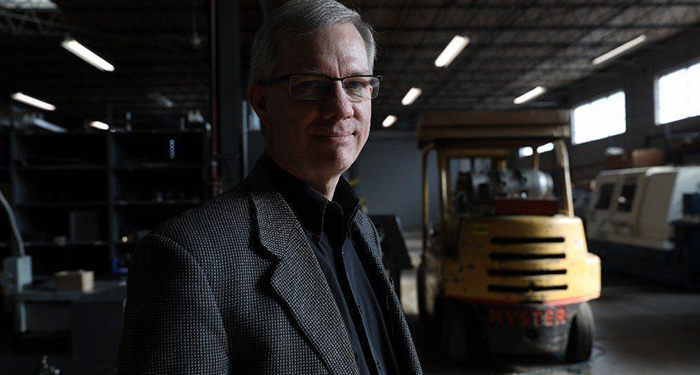 Terry Iverson, president and CEO of Iverson & Co., is the third generation owner of the machine tools sales and service company his grandfather founded 88 years ago. Iverson wants to keep the company in his family, but his children aren’t interested in running it. (Abel Uribe/Chicago Tribune)

Findings from a UIC Great Cities Institute survey, commissioned and released by the nonprofit organization Manufacturing Renaissance, are featured in a Chicago Tribune story looking at how, and if, family-owned manufacturing companies in Chicago’s six collar counties are planning for future company leadership succession. According to the report, which surveyed more than 360 area companies with 20-250 workers, approximately 75 percent of respondents had owners over the age of 55, and of those, half had no plans for succession. Nearly 62 percent had not designated a specific successor, up from 38 percent the last time a similar survey was conducted in 1989.

The report will be released publicly in early February by the Ownership Conversion Project and Manufacturing Renaissance.

Full Story from the Chicago Tribune »