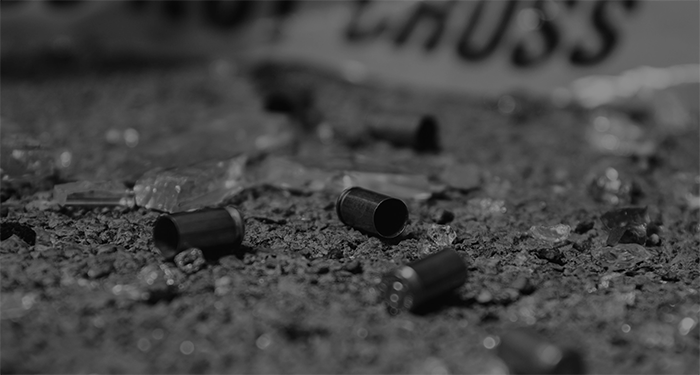 Over the past decade Chicago has sustained public criticism in its continual struggle to reduce shootings and homicides. In 2021 there were 797 homicides in Chicago and 3,677 non-fatal shooting victims. Although Black residents represent approximately 30% of Chicago’s population, 81.4% of the homicide victims in 2021 were Black. There is a clear spatial and racial concentration of violent deaths in Chicago.

As a response to this spike in violence, Chicago’s philanthropic community created a funding coalition to fund 2 innovative approaches to reduce shootings and homicides: a city-wide network of community-based violence prevention organizations (Communities Partnering for Peace), and READI Chicago, an evidence-based initiative targeting men most at-risk of becoming a victim or perpetrator of gun violence. In 2019 the City of Chicago initiated its first Office of Violence Reduction and in 2020 released its first round of community-based grants with $7.5 million going to fund street intervention work of CP4P partners. Central to the work of CP4P, READI Chicago, and the City’s Office of Violence Prevention is street intervention work.

Street intervention work involves proactive community engagement of individuals who are involved in gangs, cliques, or other street organizations to reduce their risk of violence perpetration or victimization. At a time when distrust in police is exceptionally high, street intervention workers are the primary reference point for safety in Chicago’s Black and Latinx neighborhoods and stand at the epicenter of public debates on reducing violence, defunding the police, and undoing the harms of structural racism.

The work of reducing gun violence, however, involves high levels of stress and trauma. Street intervention workers are first responders who work with individuals who are most likely to be victims/ perpetrators of violence to engage them in a mentoring relationship while connecting them to social supports. As first responders, they frequently respond to homicide scenes, mediate conflicts involving weapons, attend funerals for deceased participants, and witness other forms of trauma associated with community violence. Street intervention professionals differ from other categories of first responders in that the majority of such employees have shared histories with their clients. Many were formerly street-involved, affiliated with street organizations, and were potentially involved in the criminal legal system. Thus, not only do they have similar trauma profiles to the individuals they work with, they are repeatedly exposed to the same traumatic stressors as part of their professional role. Chronic exposure to community violence is a normalized occupational hazard within this profession with unexamined, and potentially negative, consequences.

There are certain areas in Chicago, it’s like, I wouldn’t walk a cat through there. But we help them guys there too, so it pushes me but same time, in the back of my head is like, I don’t want anybody to pull up and start shooting and I end up getting shot and my family’s, you know, bury me or, you know, uh, you know, come to see me in the hospital. You know, to see if I’m gonna make it through. You know, I don’t want my family going through that. But I know it’s a risk that we take every day when we, you know, do what we do.

The study “Between a Bullet and Its Target” involved 35 in-depth interviews with Chicago’s street intervention workers and their supervisors. The findings from the study can be found on the website www.streetsupport.org. The website summarizes:

It is the hope of the research team that scholars, advocates, and practitioners concerned about building the civilian infrastructure for public safety in Chicago will review the resources available on the website www.streetsupport.org. Safe communities begin with a healthy frontline workforce, and we need to do everything possible to support individuals on the frontline of waging peace in their communities. Their success can be measured in human lives.