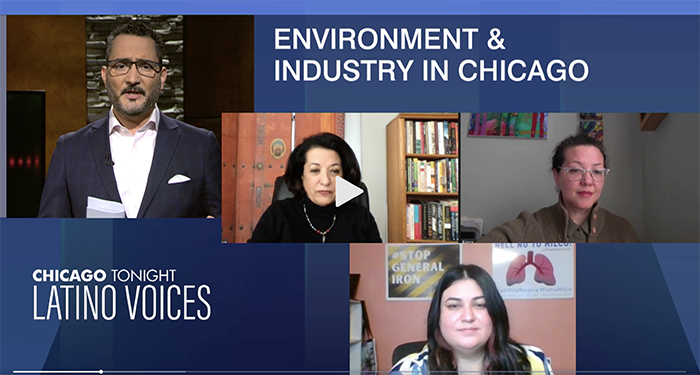 Teresa Cordova, director of the Great Cities Institute, joined a panel on WTTW-TV’s “Chicago Tonight: Latino Voices” that covered the future of manufacturing and land use in Chicago in the wake of the city rejecting a permit for a metal shredding and recycling operation on the city’s Southeast Side.

Dr. Teresa Cordova, director of the Great Cities Institute of the University of Illinois, believes the case is an outcome of historic land use policy in Chicago.

“We [need to] start thinking about what is going to be our policy towards manufacturing and what is our policy going to be around land use as it relates to manufacturing,” Cordova said. “Because part of what happened in this instance, where the conditions were right for the denial — more and more industry has been concentrated in an area that was already burdened and less and less industry and less and less zoning for industrial activity, including manufacturing activity, is available in other parts of the city.”

“When we talk about the presumed benefits of these kinds of industries, with respect to jobs, it isn’t showing itself for those people who live there,” Cordova said. “And in fact, the data is also showing that people commute — the majority of people who work in that area commute relatively long distances to come to work in that area. So, what you end up with is people having to deal with the health impacts without getting any of the employment impacts.”