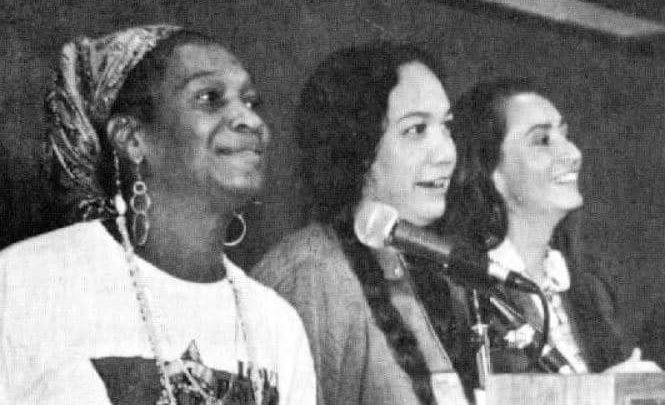 Thirty years ago, from October 24-27, 1991, activists fighting against environmental racism gathered in Washington, D.C. for the First People of Color Environmental Leadership Summit. This event represents the crystallizing of the Environmental Justice Movement, which continues today. The Summit drew over 300 delegates from all 50 states, several sovereign indigenous nations, Puerto Rico, Mexico, Central America, Africa, Canada and the Marshall Islands. A key outcome of the Summit was the writing of the Seventeen Principles of Environmental Justice. Those principles were introduced with the following preamble:

WE, THE PEOPLE OF COLOR, gathered together at this multinational People of Color Environmental Leadership Summit, to begin to build a national and international movement of all peoples of color to fight the destruction and taking of our lands and communities, do hereby re-establish our spiritual interdependence to the sacredness of our Mother Earth; to respect and celebrate each of our cultures, languages and beliefs about the natural world and our roles in healing ourselves; to ensure environmental justice; to promote economic alternatives which would contribute to the development of environmentally safe livelihoods; and, to secure our political, economic and cultural liberation that has been denied for over 500 years of colonization and oppression, resulting in the poisoning of our communities and land and the genocide of our peoples, do affirm and adopt these Principles of Environmental Justice.

At a time when the term, environmental justice, is being used more widely, it is worthwhile to learn more about the roots of the term and of the Environmental Justice Movement, particularly to understand how the very poisoning of communities of color is directly tied to the conditions that are pushing us closer to climate catastrophe.

Women who attended the First People of Color Environmental Leadership Summit and were co-authors of the Seventeen Principles of Environmental Justice, will be our guests for an event to commemorate thirty years since the Summit. Please join us on Tuesday, October 26th from 3:00 p.m.– 5:00 p.m. (Central Time) for an event co-sponsored by the Great Cities Institute and the Just Transition Alliance, highlighting and honoring the work of the women leaders who ignited the Environmental Justice Movement.

This is the first of three events over the next few months to commemorate 30 Years of environmental and economic justice activism.

For free registration with RSVP please connect here where you can also see more detailed biographies of our speakers and moderators.