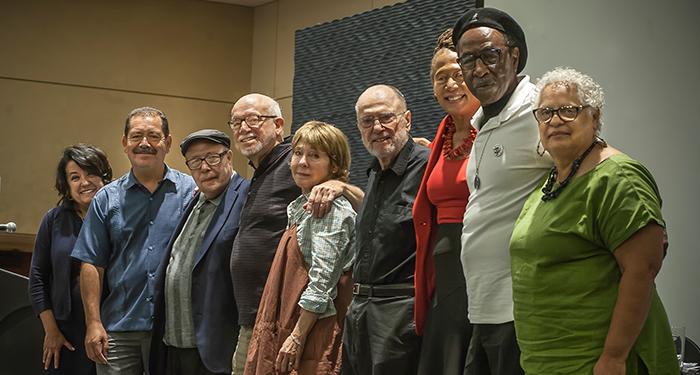 We were so pleased to host The Whole World is Still Watching, on August 28, 2018 on the 50th Anniversary of the infamous 1968 Democratic National Convention held here in Chicago #1968DNC.  Sun Times columnist, Laura Washington and Great Cities Institute Director, Teresa Córdova, moderated a panel of activists who were members/leaders in the National Mobilization against the War in Vietnam, Students for a Democratic Society (SDS), Illinois Black Panther Party, The Young Lords, and Casa (formed later). With this amazing array of perspectives, the audience of nearly two hundred people had an opportunity to hear first-hand accounts and retrospectives on the political movements of the day and their lasting impacts. Panelists spoke of their idealism and commitments and to the importance of addressing issues that remain today including issues of inequality, militarism, police brutality, and racial segregation. Full video of the event as well as a shorter video that includes footage from extended interviews of individual panelists are available here. 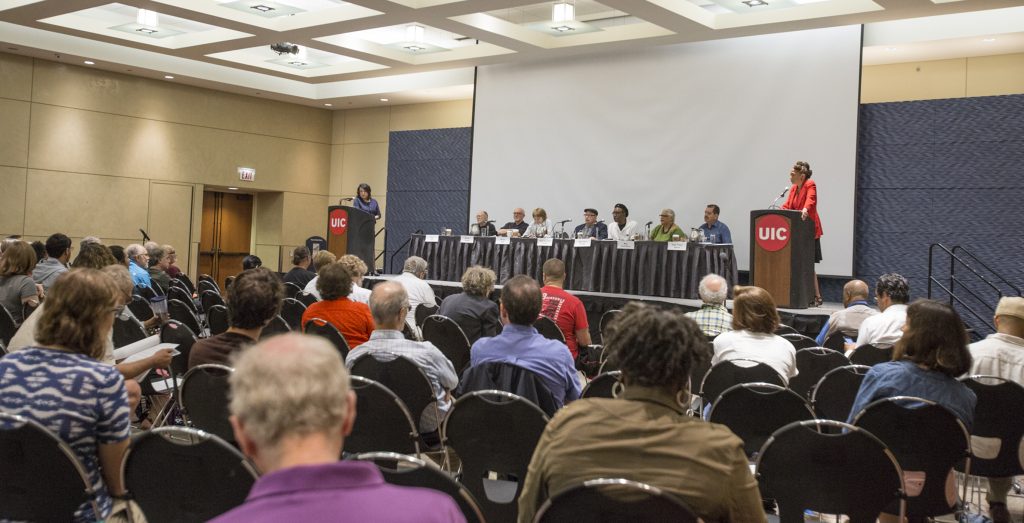 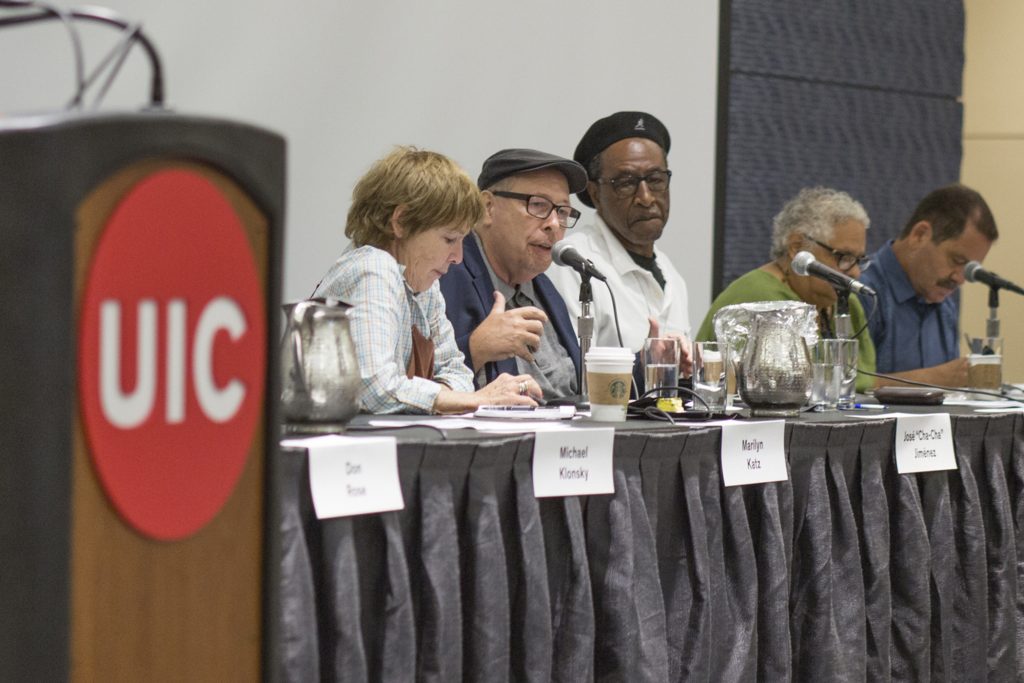 END_OF_DOCUMENT_TOKEN_TO_BE_REPLACED

Be on the lookout for our event on the 50th Anniversary of the Tlatelolco Massacre in La Plaza de Tres Culturas in the Tlatelolco area of Mexico City on October 2, 1968 where hundreds of student activists were gunned down by the military.

This past week, with the Urban Planning and Policy Program, we hosted Professors Agnes Kover-Van Til and Aniko Gregor from ELTE University Budapest, Hungary who shared their research on post truth politics and neoliberalism and patriarchy. You can find the abstracts of their research here.

We would also like to invite you to an upcoming event on September 28 from 9:00 a.m. – noon at Student Center East (same location) 750 S. Halsted entitled, Deportation and Detention: Addressing the Psychosocial Impact on Migrant Youth and Families. Please click on the link to see the amazing line-up of advocates and researchers for this important forum, which we are co-sponsoring with UIC’s Center for Global Health along with the Global Migration Working Group of the Institute for Humanities.

On November 16th from 3:00 p.m. – 5:00 p.m. in the Cardinal Room of the Student Center East, we are co-sponsoring an event titled Natives in Chicago with UIC’s Native American Support Program to hear first voice narratives on growing up, working, and living in Chicago.  This program will explore how national, local, and tribal policies impact urban Native people and the ways in which institutions can positively engage and contribute to urban Native communities.  These lands, currently named Chicago, have always been home to Indigenous peoples so we are very excited about this event and hope that you can join us.

We will have a few other activities this fall which you will be able to find on our event page.