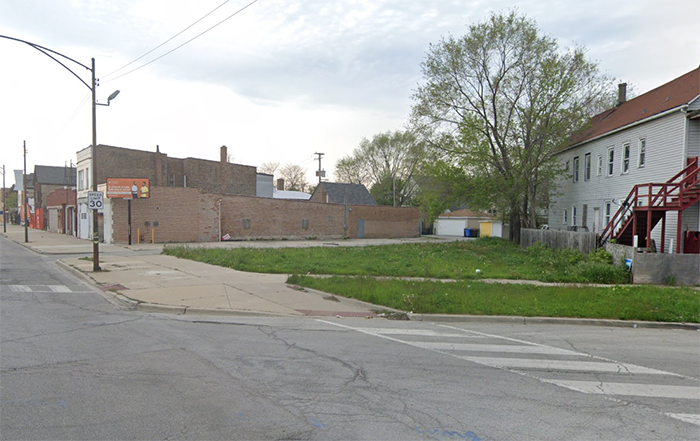 The South Chicago Chamber of Commerce is in the early stages of implementing the 10 year plan for the revitalization of South Chicago and the Commerce Avenue Corridor. To begin this process the community is interested in branding the neighborhood with a logo that communicates South Chicago’s uniqueness to visitors while creating an identity that makes residents feel invested and involved in the South Chicago community. In addition to developing a unique branding strategy for the neighborhood the chamber is interested in building a gateway park near the intersection of Baltimore Avenue and Commercial Avenue that establishes an identity for the North end of the corridor. This park will serve as a welcoming point for visitors as well as a public space for local residents to enjoy.

Through the Clouds, the winning project from the community vote.

The 2017 Spring School of Architecture studio worked to develop an architectural language for the park that communicated South Chicago’s history to visitors while developing a point of pride to make residents feel a shared sense of belonging to their community. The class also used the graphic qualities of the park to develop a branding strategy for the neighborhood and how this graphic system can be used for future development of public spaces throughout the neighborhood. The final deliverables of the studio were three design proposals for the Gateway Park that included a branding strategy and master plan of how the graphic system of each project can be implemented to develop a cohesive set of new public spaces for South Chicago and develop a new identity for the neighborhood that also respects the rich history of this diverse community.